What is the Pre-K Innovation Fellowship?

Based on submitted letters of intent, TEA staff identifies districts and early childhood education provider partners who are committed to planning for, or opening, a Texas Partnership school for the 2019-2020 school year and considering a long-term plan to scale the model to future schools and communities in 2020-2021 and beyond.

What supports and benefits are available?

MAYA Consulting, a team of experienced educators based in Austin, TX, has been selected by the TEA as the matched Technical Assistance Provider for districts and their early childhood partners to support in the creation of the Pre-K Partnership Agreement and Financial Model and to provide any additional services requested to support the successful implementation of a Texas Partnership.

MAYA can also connect leaders with TEA resources and opportunities associated with planning and implementing a Texas Partnership School such as applying for the School Action Fund and Charter School Startup Grants.

Why would a district want to create a Partnership?

Why would an Early Childhood Center want to partner? 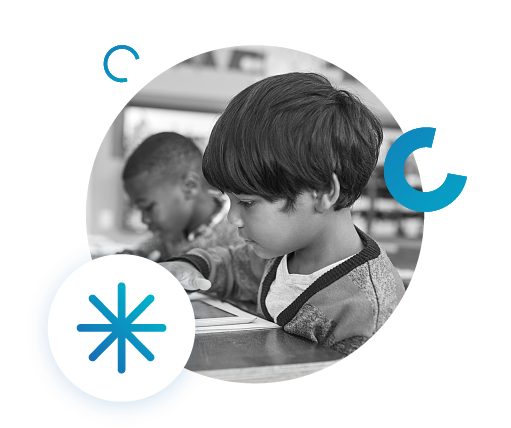 In 2015, Galveston ISD partnered with Moody Early Childhood Center to provide more infants and toddlers critical developmental services, and to introduce them to the ISD system at a time when many would otherwise stay home or attend a private preschool program. The district’s San Jacinto Early Childhood Center served students who were three on or before Sept. 1, while Moody served younger children who were at least six years old.

Two years into the partnership, there were successes, but also frustrations. Although curriculum was aligned across classrooms, there were still two very distinct systems in the building: one Early Childhood Center that Moody operated and a public PK3 that the district managed, with funding, personnel, and services largely separate from one another.

The potential for more funding for PK3 students through SB 1882 motivated Moody and Galveston to create a more formal Texas Partnership. The partnership also benefited from an Implementation Grant that the state awarded – the only such grant awarded to an early childhood partnership. When Galveston ISD authorized Moody as an in-district charter operator, Moody assumed responsibility for all programming as a new school with a new campus ID number. As a result, Moody and the district were better able to streamline their services and operations. All Moody employees also became eligible for TRS benefits, and what had been the “district” side of the center could access all the community partners with which Moody also worked.

If you have additional questions, you may reference the Texas Partnership Pre-K FAQ Doc or contact Karen Weissinger.